Sohail Shah
is a level 4 LTA coach and also holds several Spanish and American coaching qualifications. He has regularly competed in the West Of Scotland Premier League and represented the North of Scotland county team.

He has been involved in tennis in the UK for over 26 years, as a coach, player, and hitting partner for International Players. Sohail has held positions as Tennis Director for David Lloyd Club in Manchester and Esporta Health Fitness Hamilton/Milngavie. He has coached from Beginner Level right through to County and National Level juniors.

He has been running Aspire Tennis since 2010, and in that time, has successfully set up junior and adult coaching programmes, tournaments and LTA and community initiatives, at other clubs.

is a level 3 coach.  He has been coaching for 19 years at many different clubs across the West of Scotland.  For him, tennis is all about having fun while you work hard and his sessions are built around this ethos. Neil works with all ages and abilities and believes he can help any player improve their all round game.

is a level 2 coach and will remain very much part of the Aspire Coaching Team at Uddingston. Many of you know Luke and are aware of his  skills and how much he is already appreciated. 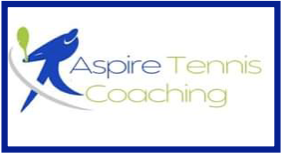 
Please get in touch with the team at
aspiretenniscoaching@hotmail.com to register.


All details have been sent out to members but please get in touch if you have any questions.